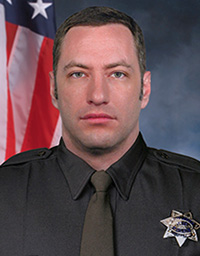 
Police Officer Johnson was ambushed and fatally shot when he and other officers arrived at the scene of a suspect intending to die by suicide. Officer Johnson was shot from the balcony by the suspect when he exited his vehicle. The incident resulted in an hours-long barricade with San Jose police. When officers breached the suspect’s apartment, he was found dead on the balcony of a single gunshot wound.